Part #3 Babies After 40: The Hidden Health Risks of Mid-Life Pregnancy

We are continuing our series of Mid-Life Pregnancy with segment #3. Your comments are always appreciated!

One can’t help thinking of Elizabeth Edwards, who gave birth to two children at ages 48 and 50 after undergoing fertility treatments—and who was diagnosed four years later, in 2004 at the age of 55, with stage II breast cancer. (In 2007, she revealed that her cancer had recurred and was now at stage IV.)

While she has never publicly discussed whether there could be a link between fertility treatments in older moms and subsequent breast cancer, breast cancer experts speculate that the two could be related.

“It’s a very unsettled question,” says Julia Smith, MD, PhD, director of the Lynne Cohen Breast Cancer Preventive Care Program at the New York University Cancer Institute. “Every time we’ve tampered with the natural cycle of reproductive hormones, we’ve had a problem, as evidenced by research showing a link between hormone replacement therapy and breast cancer. As women get older, they’re at increased risk for breast cancer, and I’m concerned about giving peri- or postmenopausal women additional sex hormones that could disrupt the natural course of aging of the breast cell.”

“My worry is if an older woman is cooking a really early breast cancer and then is exposed to massive levels of estrogen during her pregnancy, could that accelerate tumor growth?” adds Mary Jane Minkin, MD, professor of obstetrics and gynecology at the Yale School of Medicine. “No one’s ever studied it, and it’s a real possibility.”

The other point of concern: “The minute a woman gets pregnant, we can’t screen her for breast cancer. And we can’t do a mammogram until she’s finished breast-feeding, which could be almost two years later,” Dr. Smith points out. “If she’s younger than 40, it’s not a big issue because her overall risk of breast cancer is so low. But if she’s 45 or 50, then I’m worried.”
Cancer experts are less concerned about the risks of other types of reproductive cancers among past-40 women undergoing fertility treatments. In fact, a Danish study published in February in the British Medical Journal followed more than 50,000 women who underwent fertility treatments for 15 years and found no increased risk of ovarian cancer among women who took most types of fertility drugs.

The one exception—women who took clomiphene citrate (Clomid) had an increased risk of a type of ovarian tumor called serous ovarian tumors, which may be more influenced by hormones than other tumors, says Louise Brinton, PhD, chief of the Hormonal and Reproductive Epidemiology Branch at the National Cancer Institute. Brinton’s own preliminary research has found a possible link between Clomid and endometrial cancer, a treatable cancer of the womb. “Many women in their 40s and 50s are using donor eggs, so they won’t be taking Clomid, which is an ovulation-inducing drug,” she points out. “But for those women who are, they need to be aware that there may be a link.”

The problem is, many women aren’t briefed by their doctors on potential long-term risks. “I talk to fertility specialists all the time and bring up my concerns, and they tell me the same thing they tell their patients—they don’t have any evidence that it is harmful,” Dr. Smith adds. “But it’s not a question of not having evidence proving harm—we don’t have any evidence proving safety.” 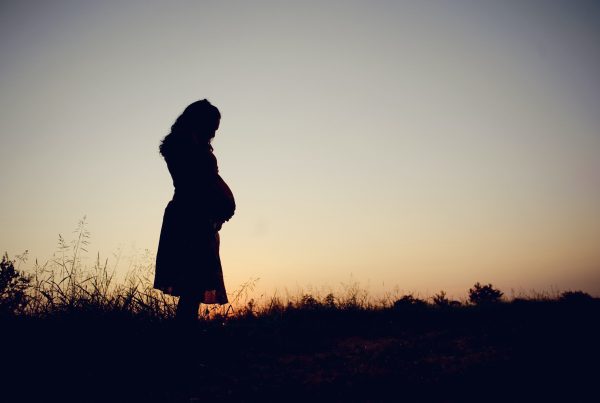